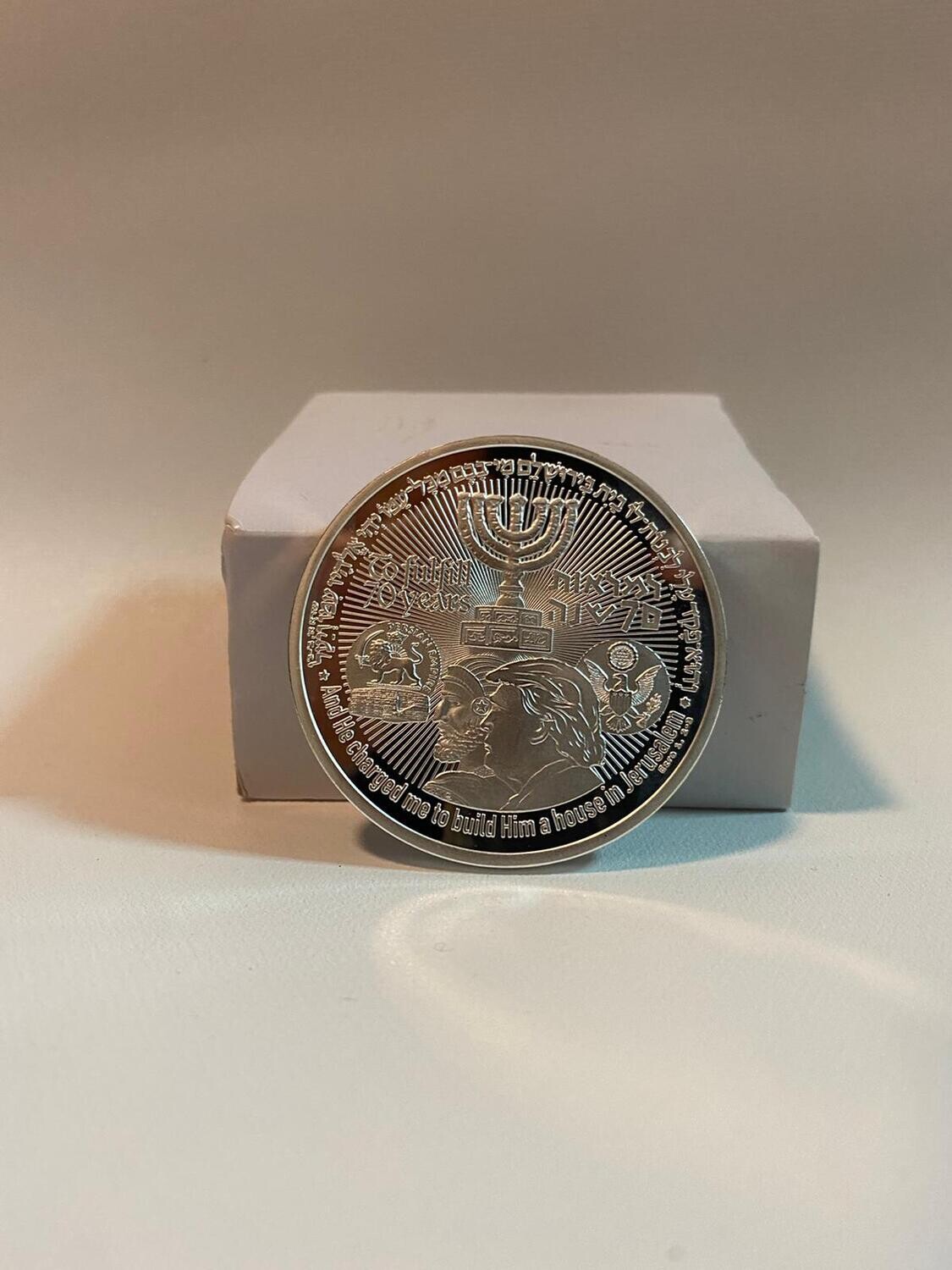 The 70 Year Redemption Solid Silver Coin has been so popular, we have now created a new, higher quality, cleaner minted version in solid 999 silver.

This coin is cleaner, sharper & 999 solid silver. Its design resembles some of our earlier launches in design but is completely unique in quality and material.

Trump’s recognition of the centrality of Jerusalem as the Capital of the State of Israel has caused many people, including Prime Minister Benjamin Netanyahu, to compare President Trump to Cyrus the Great.