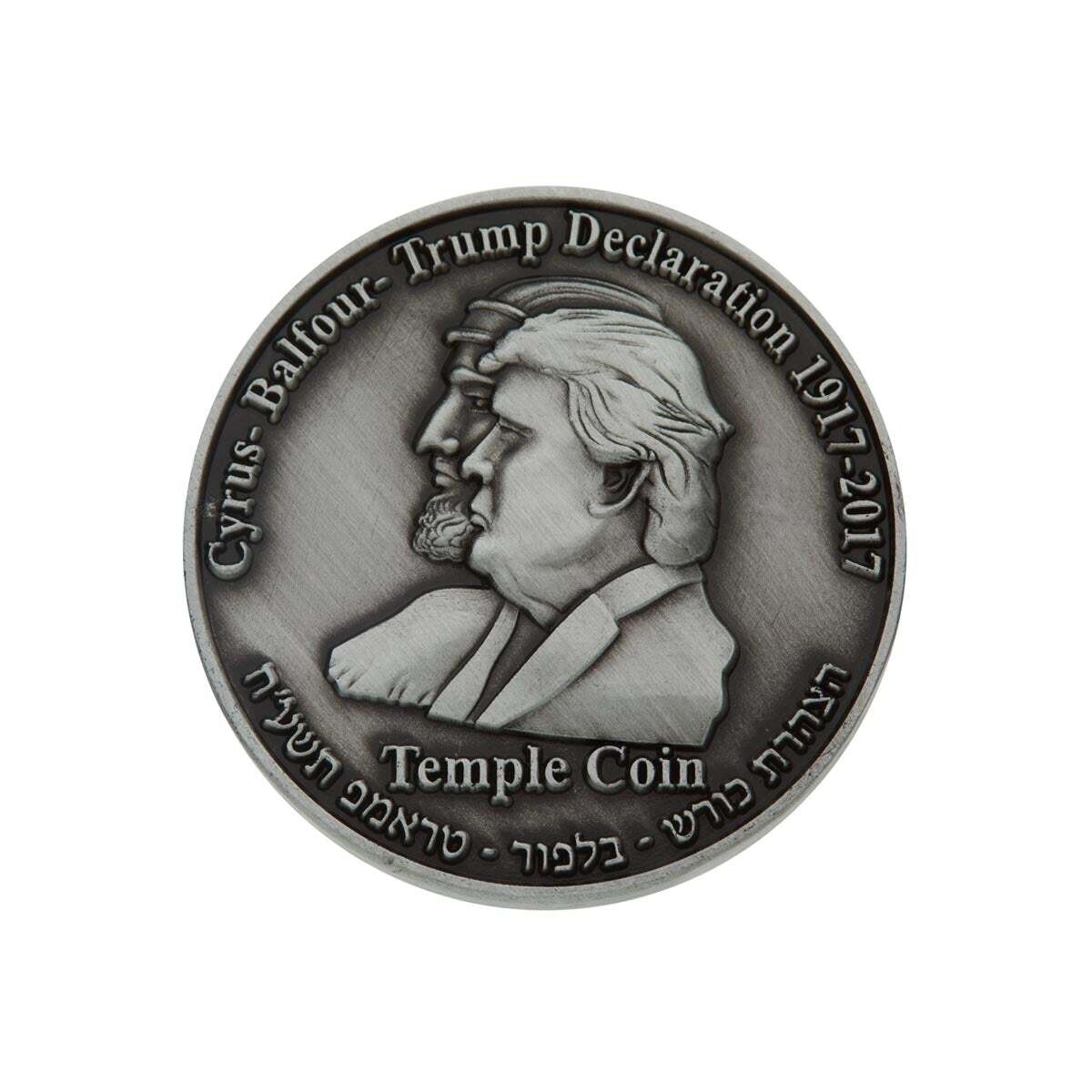 SKU 00021
$190.00
In stock
1
Product Details
The Temple Coin, our original design, was produced to recognize Jerusalem as the eternal holy city where G-d's temple was located. The front of the coin depicts the temple as it was built in biblical times.

The reverse side of the coin recognizes Cyrus the Great and President Trump for the roles in reinstating Jerusalem as the capital of the Jewish People and the eternal location of the Temple.

One of Cyrus’s most merciful acts was to free the Jews from exile & captivity in Babylon. Cyrus enabled them to return to their promised land, restored them to Jerusalem & gave them the right to rebuild the holy Temple in Jerusalem.

President Trump’s recognition of the centrality of Jerusalem as the Capital of the State of Israel in 2017 has caused many people, including Prime Minister Benjamin Netanyahu , to compare President Trump to Cyrus the Great.

This coin was produced as an expression of immense joy and gratitude, following the announcement that the American Embassy will be transferred to Jerusalem in honor of Israel’s 70th Independence Day.

Purchase one of these unique coins to show your support that Jerusalem is the eternal capital of the Jewish People and the Temple the central place of worship for mankind.
Save this product for later
Display prices in: USD